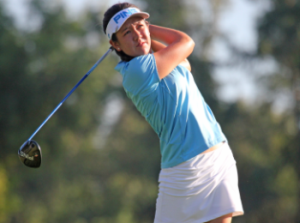 DAYTONA BEACH, Fla., February 5, 2015 – The Symetra Tour, the Road to the LPGA, is excited to announce that Chandler amateur Hannah O’Sullivan and Chandler professional Jessi White have received sponsor exemptions to play in the Gateway Classic at Longbow Golf Club the week of February 16-22.

O’Sullivan, a 16-year-old junior at Hamilton High School and White, a former Oregon State golfer, will compete amongst the top 120 up-and-coming professional golfers from around the world at Longbow Golf Club. The players will be competing for a total tournament purse of $100,000 with the winner earning $15,000.