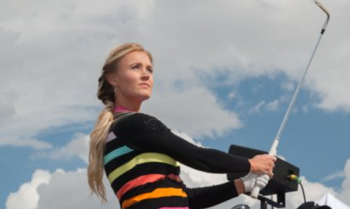 The LPGA will allow its fans to decide who will get the final sponsor exemption for its upcoming Shoprite LPGA Classic.

ESPN's Darren Rovell reported on Monday that fans can vote between four players in a Twitter poll that will be conducted next week. Those four players are Blair O'Neal, Sharmila Nicollet, Carly Booth and Susana Benavides.