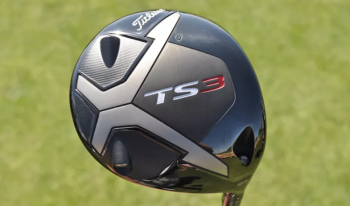 Titleist had a singular goal in mind during the creation of its new TS drivers and fairway woods: Build a product that was not only markedly better than its predecessor but focused specifically on increasing club head and ball speed. It shouldn't come as a surprise that the TS stands for "Titleist Speed."

"We wanted to get rid of the slow, spinney label that had been placed on Titleist drivers in recent years," said Josh Talge, Titleist's VP of golf club marketing. "We measured every little thing to get better results, with the goal of creating a club that's considerably faster than anything we've created in the past."

Titleist believes the new TS2 and TS3 drivers check all the boxes when it comes to speed. In fact, they were so good during prototype testing that Justin Thomas and Rafa Cabrera Bello — Cabrera Bello picked up more than 15 yards — pushed to get the driver in the bag ahead of the usual TOUR launch at Quicken Loans National.

Constant pressure from the Tour staff led Titleist to move the launch date to U.S. Open week, where 17 players put the new drivers in play, including Thomas, Jimmy Walker and Adam Scott. Thomas wound up recording the longest drive of his career that week (422 yards) with a 9.5-degree TS3.

Tweet
More in this category: « Rickie Fowler Rested and Ready to Take On Road to Ryder Cup Win Probability: BMW Championship »
back to top