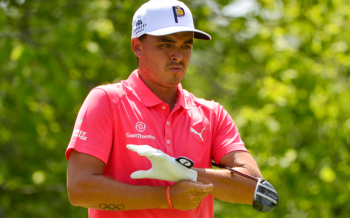 NEWTOWN SQUARE, Pa. (AP) — Rickie Fowler has stayed at home for the last three weeks and two FedEx Cup playoff events because of a partial tear to his right oblique, which he says might turn out to be the best for him.

Players at his level face one of the busiest stretches of the year with four FedEx Cup events in five weeks, followed by the Ryder Cup.

"It wasn't planned to miss, but it could end up being a good thing with the stretch we have coming up," Fowler said. "So glad to be back. Nice to be back without pain."

MORE: Tee times, pairings for the BMW Championship | Golf on TV this week

The first order of business is making sure he doesn't play one week and then be forced into a two-week break ahead of the Ryder Cup on Sept. 28-30 in France. By missing the two FedEx Cup events, Fowler dropped from No. 17 to No. 26. Only the top 30 after this week go to the Tour Championship.