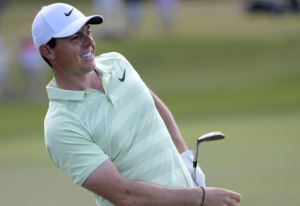 ORLANDO, Fla. (AP) -- The loudest roars at Bay Hill were for Tiger Woods. The last ones were for Rory McIlroy.

McIlroy left some indelible images of his own Sunday at the Arnold Palmer Invitational with a back-nine charge that would have made the King proud, and a final putt on the 18th green that a delirious gallery had seen for so many years from Woods.

McIlroy ran off five birdies over his last six holes and closed with an 8-under 64 for a three-shot victory. He won for the first time since the Tour Championship on Sept. 25, 2016, the day Palmer died.

Tweet
More in this category: « What Are Tony Romo's ChancesTthis Week As He Makes PGA Tour Debut? Best Ping wedge EVER? Glide 2.0 Stealth Review »
back to top