What Are Tony Romo's ChancesTthis Week As He Makes PGA Tour Debut? 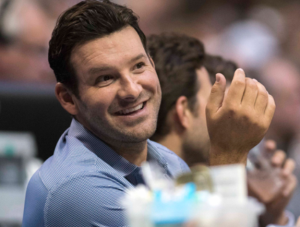 Forget about winning his PGA Tour debut. Tony Romo isn't getting much love to even make the cut.

Oddsmaker BetDSI Sportsbook has Romo at 15-to-1 odds of making the cut at the Corales Puntacana Resort & Club Championship this week. The over/under of how many players Romo finishes better than in the 132-man field is 2.5 (excluding ties).

By comparison, NBA star Stephen Curry had 9-to-1 odds to make the cut at last year's Ellie Mae Classic, a Web.com Tour event. Curry finished that event 11 strokes off the cut line, but ahead of three fellow players.