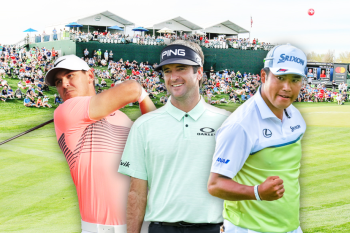 “It is always special to have a former champion in the field, and Brooks and Hideki represent the last three winners of the Waste Management Phoenix Open,” said Tournament Chairman Carlos Sugich. “Bubba is a great friend to the tournament and always one of the first to commit and we are excited to have him back for 2018 as well.”

Currently ranked fifth in the Official World Golf Rankings, Matsuyama is coming off an excellent 2017 season with three wins including his second consecutive WM Phoenix Open title and three second-place outings that included a runner-up finish at the U.S. Open.

Watson owns nine career PGA TOUR victories, including his Masters wins in 2012 and 2014. He is making his 11th consecutive Waste Management Phoenix Open start, with his best outing coming in 2015 when he finished runner-up to Koepka.