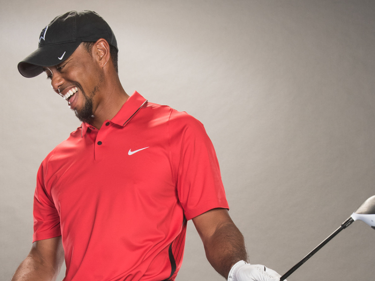 How did Tiger Woods decide to play a Bridgestone golf ball after Nike left the golf equipment business? GolfWRX writer John Wunder recently spoke to two key Bridgestone employees – Andrew Troutner, Test Site Operations Manager, R&D; and Adam Rehberg, Golf Ball Fitting, Events & Partnerships Supervisor – to get the scoop on Tiger and how Bridgestone built the current 2020 Tour B XS that Tiger has in his bag.

GolfWRX: Walk me through the testing process with TW to land on the 2020 Tour B XS.

ANDREW TROUTNER: In the initial test at his home club (The Medalist) in Florida, we brought eight different balls that we felt would be in the ballpark of what he prefers.Tiger is as sensitive and discerning as anyone in history, and the specificity of his equipment is a testament to that.The prototypes we brought were unmarked, and we didn’t tell him what each one did nor did he want to know. It’s pure feel.

ADAM REHBERG: Of the eight balls we brought, 99 percent of golfers wouldn’t see any difference between them, but this is TW. Some had core differences, dimple, cover etc. Only one of the balls we brought in that round of testing had our Reactiv cover. He immediately responded to the sound and how long the ball seemed to stay on the face.

The whole process took about three full sessions over the course of many months. We started with eight balls. For the second session, we brought four, and in the final, we had five that were all very close to each other. The B XS we all see now was the winner of that third session.

GolfWRX: Tiger is still an “old school” player in regards to his equipment. Where does that come into play when he’s developing a golf ball?

ANDREW TROUTNER: When we were testing, Tiger made the comment about the modern player loving wedges and short irons to go straight up in the air. Having grown up in the balata era, Tiger only wants to see those shots come out of a lower window with a ton of spin. That equals control for him, and as you can see it’s becoming a preference for most of the best players in the world. Where Tiger goes, so goes everyone else.

GolfWRX: Besides spin, sound, and feel, what else was he looking for?

ADAM REHBERG: The cool thing with Tiger is his priorities start with around the green and he works back from there. If you can’t get past 100 yards, you can’t go forward. He did want to get a few extra yards if he could. He is already a low spin player off the driver (2,100-2,300 RPM), so we had to be conscious of not disrupting that. So, you can see the challenge here: We have to build the highest spinning golf ball on the TOUR and try and find Tiger one that gets him a few yards extra — without eliminating spin.

Gaining distance looks a little different for Tiger, it’s not all ball speed and carry distance off the driver. When he says it’s a bit longer, it’s being able to hit certain shots to specific pins in certain conditions and have the ball carry further into a green complex. We are talking an 8-footer instead of a 12-footer. It’s that specific. Keep in mind that his iron game is so dialed and has been for years that he knows exactly where shots land on certain greens year to year.

Tweet
More in this category: « Golf Rules Quiz - How Much Do You Know? Worlds First Adjustable Ball Marker - Tested! »
back to top