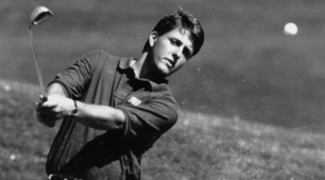 Before he was a five-time major winner, Phil Mickelson was arguably the greatest college golfer ever. At Arizona State, Mickelson won 16 of the 51 tournaments he played in, including three NCAA Championships, and he earned 43 top-10 finishes.

Here's a detailed look at Mickelson's college career (1988-92) and all of the tournaments and honors he won along the way.

MORE: Phil explains everything you need to know about chipping to Larry Fitzgerald

Mickelson is one of seven collegiate golfers to win back-to-back individual NCAA Championships and he became just the second player to win three individual titles in his college career. He won as a freshman, sophomore and senior, while setting NCAA two-round (16-under 128) and three-round records (19-under 197) in his final year of college. His 63 in the first round of the 1992 NCAA Championship was a career-low and his 72-hole total of 271 tied the NCAA record at the time.