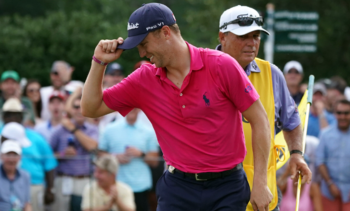 The major championships never disappoint. Year after year after year, we can always count on the Masters, the U.S. Open, the Open Championship and the PGA Championship to deliver when it comes to producing the best moments on the course throughout an entire year.

Whether it was a shot, a run of holes, or a special tribute, the 2017 major championship season was one we won't soon forget.

Here's a look at 13 of our favorite moments from 2017's grand slam events.

Tweet
More in this category: « 9 Dream Golf Homes You Can Buy When You Hit That Powerball Top 10: PGA Championship Recovery Shots »
back to top