NBC Sports Group Announces Coverage Plans Ahead of THE PLAYERS, May 8-14 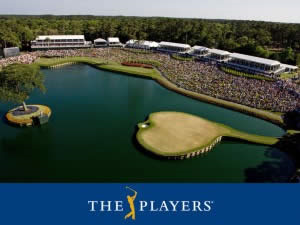 22 Hours of Live Tournament Coverage, Highlighted by One of NBC Sports’ Most Technologically Advanced Golf Productions

With a recently renovated Stadium Course at TPC Sawgrass serving as the backdrop, NBC Sports Group will dedicate nearly 90 hours of live programming coverage surrounding one of the most-anticipated events on the PGA TOUR schedule, THE PLAYERS Championship, May 8-14 in Ponte Vedra Beach, Fla.

Boasting the strongest field of the year, Golf Channel and NBC will combine to provide 22 hours of live tournament coverage at THE PLAYERS, Thursday-Sunday, May 11-14, which will be complemented by more than 60 live hours of comprehensive news, analysis and high-quality features via Golf Central Live From THE PLAYERS and Morning Drive.

“The Players has a special knack for eliciting incredible golf theater for spectators experiencing the event in-person at TPC Sawgrass or those at home watching on TV,” said Mike McCarley, president, Golf, NBC Sports Group. “THE PLAYERS has become a truly unique event on the professional golf schedule, and in partnership with the PGA TOUR, our award-winning production team is well equipped to cover the drama from every conceivable angle.”

SPECIAL PRODUCTION ELEMENTS: NBC Sports’ award-winning production team will cover every vantage point of the iconic par-3, 17th hole and its island green, with a total of nine high-definition cameras, including a microscopic lens embedded in the lip of the tiny bunker fronting the green. The popular cable-suspended “Supra Cam,” camera system will return, providing unique angles by virtue of being able to fly over the body of water between the par-5 16th and 17th hole greens. Coverage also will utilize a 3D (dimensional) follow, along with Top Tracer technology on several holes throughout the golf course, including a reverse-flight angle for tracking tee shots from behind the 17th green.

A camera crane operator will be stationed 150 feet in the air above the tree line showcasing aerial shots of the 16th, 17th, and 18th holes. Another camera operator will be ferried to the small island near the 17th green to capture reactions of those in the field as they putt-out on 17. Coverage also will incorporate the use of wind-direction technology to track conditions throughout the golf course, including both on the tee box and high above the 17th hole.

BROADCAST TEAM: NBC Sports’ live tournament coverage of THE PLAYERS will be hosted by Mike Tirico, while the familiar pairing of Dan Hicks and Hall-of-Famer Johnny Miller will be positioned in the 18th tower during weekend coverage on NBC. Terry Gannon and Hall-of-Famer Nick Faldo will oversee the 18th tower during early-round coverage on Golf Channel, with Hicks and 1999 PLAYERS champion David Duval also contributing. The remainder of the broadcast team for all four rounds will include Gary Koch, Peter Jacobsen and 1998 PLAYERS champion Justin Leonard in tower positions, with Roger Maltbie, David Feherty, Mark Rolfing and Notah Begay reporting from inside the ropes. Steve Sands will conduct interviews with players, while Jimmy Roberts will offer essays.

FEATURES: Throughout the week within its news programming, Golf Channel will unveil a series of high-quality features, including:
TPC Sawgrass Stadium Course Renovations – When Deane Beman – former PGA TOUR commissioner – purchased the land that would become TPC Sawgrass decades ago, his vision for the Stadium Course always prioritized the experience for spectators at THE PLAYERS. Matt Ginella examines the recent renovations to the golf course, and discovers how the changes continue to reflect Beman’s original philosophy.

Golf Roots Run Deep for Monahan – As PGA TOUR commissioner Jay Monahan approaches four months into his new role, Tim Rosaforte offers perspective on the Massachusetts native’s father, Joe Monahan, offering a glimpse into how the younger Monahan came to be so deeply rooted within the sport.

Rule of Thumb – Often receiving the most attention for their role as an accomplice during complex ruling situations on golf’s biggest stages, the feature will explore the often thankless job of PGA TOUR rules officials, through following them around the clock at the Arnold Palmer Invitational earlier this year. The day-to-day responsibilities and infrastructure are explored, providing a better understanding of their contributions at golf’s highest level.

Inspiring Journey of Max Jacobson – When Max Jacobson – son of PGA TOUR veteran Freddie Jacobson – was diagnosed with a heart defect in 2015 at age 7, it provided perspective that no TOUR player would ever wish for. The feature details the emotional and inspirational journey for Max and the entire Jacobson family.

Lonely “Other” Island – A unique piece written in the perspective of the lone isolated tree that sits on the island adjacent to the 17th green at TPC Sawgrass. In the tree’s voice, the feature examines the solitude that comes with the territory, but also the countless signature moments it’s served as witness to in the history of the event since transitioning to TPC Sawgrass.
Through a Mother’s Eyes – The final round on Sunday at the 2017 PLAYERS Championship will coincide with Mother’s Day, as has become synonymous with the event most years. Mothers of current PGA TOUR stars Justin Thomas (Jani) and Jordan Spieth (Chris) reflect on the special relationship they share with their sons. Also revisited is Lynn Fowler (Rickie’s mom) hurriedly finding a way back to TPC Sawgrass from the airport to witness her son’s victory at TPC Sawgrass in 2015.

Eluding an Ace at No. 17 – For all the attention the 17th hole at TPC Sawgrass receives, TOUR players will often need only a wedge when sizing up the hole’s generously-sized landing area.

Through a statistical-heavy approach, the piece will examine how so few holes-in-one have been yielded on No. 17 in competition since 1982, despite the inviting yardage showcased on the scorecard.

Paradise for Parity? – When considering what type of professional golfer a course like TPC Sawgrass favors, TOUR players are quick to point out that winners of the event are about as varied and unpredictable as any venue in golf, favoring no one type of player in particular. As Rich Lerner considers, that trend may have much as anything to do with the fact that no player has won back-to-back at TPC Sawgrass since 1982.

THE GOLF FIX: Airing Monday, May 8 at 6 p.m. ET, host Michael Breed will be on location at TPC Sawgrass, teaching the shots the pros will face down the closing stretch at THE PLAYERS. Breed will head to the 17th hole to teach how to conquer nerves when standing over an intimidating shot. Fitness guru Randy Myers also will join Breed to demonstrate how the best players in the world prepare for their rounds.

DIGITAL CONTENT:  Golf Channel Digital will feature expanded editorial content during THE PLAYERS Championship, led by a live blog focusing on up-to-the-minute storylines and reaction. Jay Coffin, Will Gray, Rex Hoggard and Ryan Lavner will report from on-site at TPC Sawgrass throughout the week.

Fans are able to access all the news and tournament coverage surrounding THE PLAYERS, and enjoy 24/7 live streaming at any time, on any device through Golf Channel Digital and the NBC Sports App, powered by Playmaker Media.

Tweet
More in this category: « On Your Mark, Get Set, STAYCATION! Bridgestone Golf Balls Honored with Five Gold Medals in Golf Digest Hot List »
back to top