Lesson Learned: The Walker Cup Reminds Us of What Makes Team Golf Great 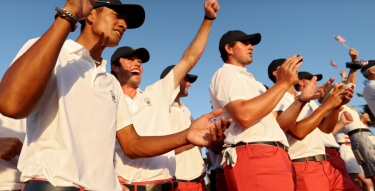 Golf is an individual sport. We take our equipment, tee the ball up and play. Granted we are in the company of others on most occasions, but the reality is it’s a contest between us and the course. Every so often, we are presented with an opportunity to play a little team golf. A great example of this type of golf was on display this past weekend during the Walker Cup matches. A biennial team match between the United States and Great Britain/Ireland. Each team is composed of ten young amateur players.

Even though we’ve discussed being a great golf teammate before on PGA.com, a true team competition like the Walker Cup brings about an increased level of partner pressure.

As the match unfolded this past weekend, it was interesting to observe how the different players came together. After all, each member of the USA competes against one another every other week. How do golfers successfully unite toward a common cause? It seems simple, just play good together, but as we have all seen in several Ryder Cup and Walker Cup matches what’s on paper seldom is used for a script.

In this video, the Golf Monthly team take a look inside the bag of Wells Fargo Champion, Rory McIlroy. They look at the TaylorMade clubs he is currently carrying, how they are set up and reflect on some of the models he's used in the past. 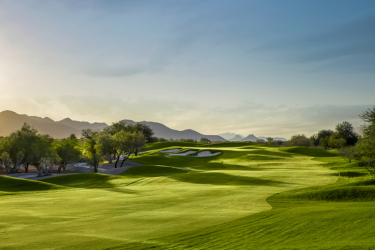 PREMIUM SPORTSBOOK PLANNED AT TPC SCOTTSDALE AS PART OF MUTUAL COMMITMENT TO FAN ENGAGEMENT AND INNOVATION.

SCOTTSDALE, ARIZONA – April 14, 2021 — Following the Arizona Legislature’s passage of HB 2772, which would authorize fantasy sports and sports betting in the state pending action from Governor Doug Ducey, the PGA TOUR and DraftKings Inc. (Nasdaq: DKNG) today announced that they will expand their existing commercial relationship to provide DraftKings market access for retail and mobile sports betting in Arizona, pending regulatory approvals. As part of this agreement, the PGA TOUR and DraftKings have also announced plans to operate a premium retail sportsbook at TPC Scottsdale.

All the Best Shots from the Valspar Championship | 2021

Check out the top shots of the week from the 2021 Valspar Championship, featuring Justin Thomas, Max Homa and Sam Burns who claimed his first PGA TOUR victory at Innisbrook Resort (Copperhead).

Take Your Swing Straight Back for a Better Attack 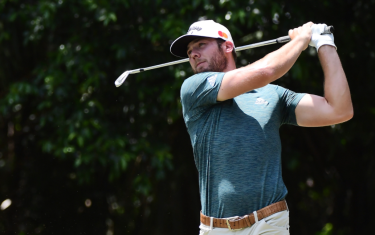 Sam Burns showed some exceptional wedge play on the way to his first PGA Tour victory this week at the Valspar Championship. His domination was due in large part to his precision and ability to hit scoring shots on the Copperhead course. If you are looking for some crisp contact like Sam with your scoring clubs there’s a lesson to be learned from his pre-shot routine and takeaway.

Poor short iron shots can result from a steep angle of attack on the ball. Think of impact being the bottom of the capital letter “V” rather than a “U.” The round bottom of a U is a much healthier way to approach the ball. As any PGA Coach will tell you, steep downswings can lead to poor contact and in some cases injury. By healthier, we actually mean better for the long-term sustainability of your game!