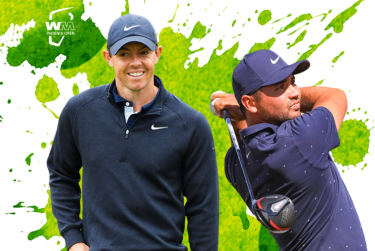 Tournament Chairman Scott Jenkins announced today two-time FedExCup champion Rory McIlroy and 12-time PGA TOUR winner Jason Day are the latest to commit to the Waste Management Phoenix Open field, which will tee it up February 1-7 at TPC Scottsdale. Both players are currently ranked in the Top-50 of the Official World Golf Rankings (OWGR), with McIlroy at No. 7 and Day at No. 43.

“We are excited to welcome Rory to the WM Phoenix Open for the first time ever and glad to welcome back Jason to TPC Scottsdale,” Jenkins said. “They are some of the most accomplished players in recent PGA TOUR history and continue to add to the already impressive list of world-class golfers in the field. We are ready to get things going and looking forward to watching these great players tee it up at ‘The People’s Open’ next week.”

Four-time Major winner and two-time FedExCup champion Rory McIlroy is arguably one of the most decorated players in the world, racking up 18 PGA TOUR victories and 14 European Tour titles over his 14-year professional career. The Northern Ireland native was named PGA TOUR Player of the Year three times (2012, 2014, 2019), European Golfer of the Year three times (2012, 2014, 2015), twice recognized as the PGA TOUR’s leading money winner (2012, 2014) and held the World No. 1 spot in the Official World Golf Ranking for a cumulative total of 106 weeks beginning in March, 2012. McIlroy also led the PGA TOUR in scoring three times (2012, 2014, 2019) and has represented Team Europe in the Ryder Cup five times, four of which were victorious. McIlroy will make his first ever WM Phoenix Open appearance in 2021.

Hailing from Queensland, Australia, Jason Day has accrued 12 PGA TOUR victories since turning pro in 2006 including the 2015 PGA Championship at Whistling Straits and the 2016 PLAYERS Championship at TPC Sawgrass. Day held the No. 1 position in the Official World Golf Rankings for a total of 51 weeks between 2015 and 2017 and has been a member of the International Presidents Cup team four times. Day will make his fourth start at the WM Phoenix Open in 2021, with his first appearance coming in 2008 under a sponsor exemption.

The field also includes 17 of the Top-30 in the current FedExCup standings, along with 12 players who finished in the Top-30 in last year’s FedExCup race.

A field of 132 players will vie for the $7.3 million purse, the $1,314,000 first-place check and 500 FedExCup points. PGA TOUR members have until 5 p.m. on Friday, Jan. 29, to commit to play in the Waste Management Phoenix Open. Eligible players are assigned one of 34 PGA TOUR priority ranking categories based on their past performance on TOUR. The field will continue to change as players with higher priority rankings commit to play in the Open.

The 2021 WM Phoenix Open will be held at TPC Scottsdale February 1-7. “The People’s Open” was named the Tournament of the Year by the PGA TOUR four times in the past six years (2014, 2015, 2018, 2019) to acknowledge the tournament’s legendary status as one the most unique events in golf. The 2021 edition will mark the 86th playing of the event (one of the five oldest events on the PGA TOUR) and the 12th as the WM Phoenix Open.

The Thunderbirds were founded in 1937 with the mission of promoting the Valley of the Sun through sports. The Thunderbirds consist of 55 “active” members and more than 280 “life” members. The Thunderbirds raised a record $14 million for charity from proceeds from the 2020 WM Phoenix Open and have eclipsed $161 million in charitable giving since its inception in 1932. For more information on The Thunderbirds, visit www.thunderbirdscharities.org.