European Tour Pro Shoots 68 with Two Drivers in His Bag 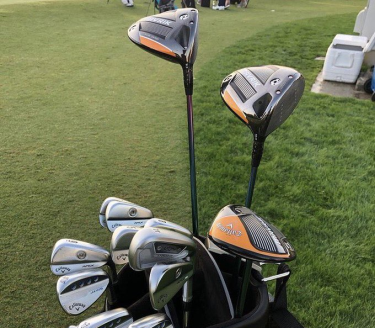 Phil Mickelson and Bryson DeChambeau aren’t in the Middle East this week, but one professional golfer took a page out of both players' books in Wednesday’s opening round of the Golf in Dubai Championship.

England’s Callum Shinkwin carried two different drivers in his bag, his uncommon setup also including a 3-wood and three wedges, in a move that likened to Mickelson’s strategy in winning the 2006 BellSouth Classic. (Mickelson most recently competed with two drivers at last year’s Memorial Tournament.) Shinkwin's drivers were both Callaway Mavrik Sub Zero models, but featured different lofts and shaft lengths. One of the shafts was 48 inches long, a length that DeChambeau has experimented with but hasn't actually put into play yet.

Shinkwin’s decision paid off, too, as he ranked second in the field by averaging 328.5 yards off the tee in the first round. He also shot 4-under 68.

His playing competitor, Eddie Pepperell, provided this positive review afterward via Twitter: “He was out driving me by 30 yards with the short one and 50 yards with the long one.”

It's unknown if Shinkwin has played two drivers before, but he picked up his first European Tour victory last month in Cyprus while using only one. Based on his setup there, Shinkwin decided to replace his 3-iron with the extra driver while keeping his 21-degree iron in the bag.

Tweet
More in this category: « Highlights of Capital One’s The Match: Champions for Change 10 Biggest Golf Gear Myths! »
back to top