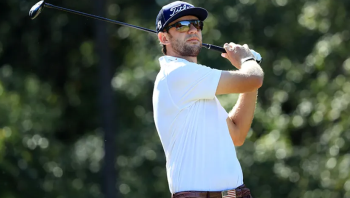 The PGA TOUR will head to Bermuda next week for the first-ever Bermuda Championship.

Announced in June, the tournament will be an alternate-field event to the World Golf Championships-HSBC Champions and will take place at Port Royal Golf Course in Southampton.

FIELD NOTES: Houston Open winner Lanto Griffin will tee it up for the first time since his victory. Griffin is on top of the FedExCup standings… Five tournament winners from the past two seasons will tee it up including Griffin, Ryan Armour, Martin Trainer, and 2018 PGA TOUR Rookie of the Year Aaron Wise… Major champions including Davis Love III, Trevor Immelman, and Mike Weir are in the field… Korn Ferry Tour Player of the Year Scottie Scheffler will be back in action for the first time since the announcement the week of the Houston Open.

COURSE: Port Royal Golf Course in Southampton. Par 71, 6,842 yards. The Robert Trent Jones design played host to the Grand Slam of Golf from 2009-2014. The course underwent a $14.5 million renovation a decade ago as it prepared for the Grand Slam in 2009.

STORYLINES: The Bermuda Championship marks the first alternate field event of the season… This is the second inaugural event of the season to make its debut on the PGA TOUR schedule after the ZOZO CHAMPIONSHIP in Japan… Davis Love III, after he did not move on in the Charles Schwab Cup Playoffs on PGA TOUR Champions, is back playing on the PGA TOUR for the first time since the Zurich Classic of New Orleans. He’ll compete in Mexico as well as a warm-up before he plays and hosts The RSM Classic… Graham DeLaet continues his return on the PGA TOUR after missing two years due to back surgery… Winners of alternate-field events from last season included Cameron Champ, Martin Trainer, Graeme McDowell, Jim Herman, and Collin Morikawa. Trainer is in the field this week in Bermuda.

72-HOLE RECORD: N/A (This is the inaugural Bermuda Championship)

18-HOLE RECORD: N/A (This is the inaugural Bermuda Championship)

LAST TIME: N/A (This is the inaugural Bermuda Championship)

Tweet
More in this category: « 7 Biggest Practice Mistakes A Look at What's New for the 2020 Waste Management Phoenix Open »
back to top