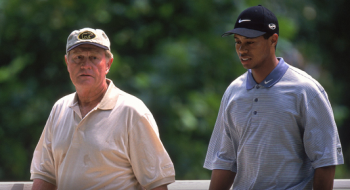 Jack Nicklaus, considered by many to be past his prime in 1986, came from behind to win that year's Masters with a stirring back-nine charge. That was the Golden Bear's final major victory and the 18th of his remarkable career.

Tiger Woods has won the second most majors in men's professional golf history with 15. He snapped an 11-year drought to win the 2019 Masters Tournament — his fifth green jacket — to pull closer to the all-time majors record.

The most recent new additions to the list of major champions are 2018 Masters champion Patrick Reed and 2018 Open Championship winner Francesco Molinari.

Here is the complete list of every professional golfer who has won a men's major.