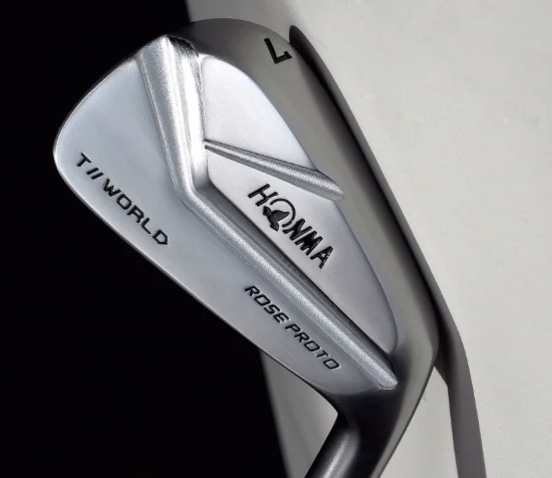 When Justin Rose signed with Honma in January 2019, the obvious question for equipment fans was: “What model clubs will he use?” Rose quickly put speculation to rest with a Twitter post showing off never-before-seen T//World 747 Rose Proto MB irons.

Equipment fans then began to wonder whether the “Rose Proto” irons would eventually hit retail. Honma has officially announced that the clubs are now available for purchase.

According to Honma, the irons – which are forged from S20C mild carbon -- were designed with “extensive input and direction” from Rose, who has been using the irons throughout 2019.

“The idea of having a hand in the collaborative design process for my set of clubs was extremely exciting,” Rose said in a press release. “Working with Honma master craftsmen to create an iron that felt and looked great for me was one of the biggest thrills of my career.”

Honma’s Chief Marketing Officer John Kawaja says he was prepared for Rose’s exacting eye and willingness to be a part of the design process.

“Going into this, we knew how particular and discerning Justin is and we had a feeling he’d be interested in contributing to the design of his clubs,” Kawaja said in a press release.

Tweet
More in this category: « Man Shows Off Collection of Thousands of Golf Balls What it’s like to be at the Masters »
back to top