Miura Signs Ancer as its First Ever PGA TOUR Ambassador 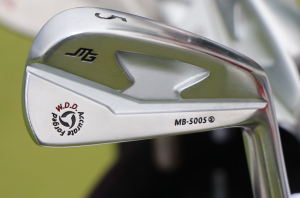 On Thursday of the 2019 WGC-Mexico Championship, Miura, a high-end Japanese club manufacturer known for its hand-crafted irons, announced that it signed Mexico’s Abraham Ancer as the first brand ambassador on the PGA TOUR in the company’s history, which started in 1957. As part of the agreement, Ancer, who’s currently 42nd in the FedExCup standings, “will work directly with the Miura family in Himeji, Japan, to craft his custom-designed forged irons, and will don the trademark Miura hat at TOUR events,” according to the company.

“I switched to Miura irons well before any partnership; I just wanted to play the best forged irons available,” Ancer said in a press release.

Although Ancer already plays Miura irons, it sounds as though he will have the opportunity to be more involved with the design process going forward.

Miura’s Master Fitter Genaro Davila originally custom fit Ancer two years ago into a set of Miura irons. Now, as part of Ancer’s new deal, the 27-year-old will team up with Davila, and entrepreneur Gerardo Benavides, to form Dead Solid Perfect (DSP) Golf Mexico, which is a fitting studio and club assembly facility located in Monclova, Coahuila, that will be fully stocked with Miura products.

“This is a first for Miura and it was important to us that this partnership transcend the traditional sponsorship model,” said Hoyt McGarity, President of Miura Golf in a press release. “Abraham is the perfect partner to grow Miura’s presence on and off the course. As one of the most successful Mexican golfers ever, his personal investment in Miura is the strongest endorsement as we increase our operations in Mexico and other parts of the world.”

Ancer -- he was born in South Texas but raised in Reynosa, Mexico, and has dual citizenship in Mexico and America – most notably won the 2018 Emirates Australian Open, and he also won the Web.com Tour’s Nova Scotia Open in 2015. Ancer is in the field at the WGC-Mexico Championship, and he will tee it up alongside Tiger Woods and Bryson Dechambeau in the first two rounds at Club de Golf Chapultepec.