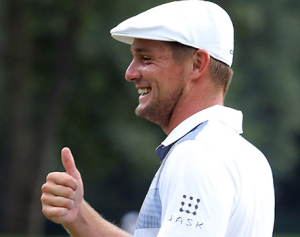 The next one is up to Ryder Cup captain Jim Furyk.

Staked to a four-shot lead, DeChambeau never let anyone closer than two shots, ended the threat with consecutive birdies and closed with a 2-under 69 for a four-shot victory over Tony Finau on Sunday in the FedEx Cup opener.

DeChambeau won for the second time this year, both times against some of the strongest fields. He moved to the top of the FedEx Cup standings and was all but assured of being one of the top five seeds at the Tour Championship who have a clear shot at the $10 million bonus.

Also on his mind is playing for no money at all at the Ryder Cup.