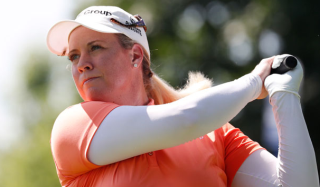 LPGA star Brittany Lincicome will beome the sixth women to play on the PGA Tour when she tees it up this week at the Barbasol Championship.

Lincicome, 32, accepted a sponsor's exemption into the opposite-field event, which is being played the same days as the Open Championship. Lincicome has 57 career top-ten finishes to go with eight career victories on the LPGA Tour. She is known for being one of the longest drivers in the women's game and currently ranks 10th in driving distance at 269.5 yards. Lincicome is coming off a second-place finish July 15 at the Marathon Classic where she lost in a playoff to Thidapa Suwannapura.

Tweet
More in this category: « Predictions for the 2018 Major Championships Dustin Johnson, Justin Rose Tied in Race for 2018 PGA Player of the Year Award »
back to top