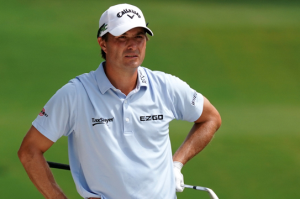 Last October, the European Tour announced it would implement a 40-second shot clock at the Austrian Open.

Well, the Austrain Open takes place this week and I absolutely love the idea.

Each player gets 40 seconds to hit a shot (50 seconds if he is first to play the approach, chip or a putt). Players will get a one-shot penalty for each bad time. Each player has two time extensions he can use to take twice the time allowed for that shot.