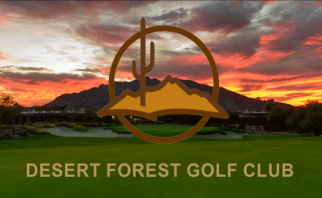 CAREFREE, Ariz. (March 3, 2015) – The United States Golf Association recently announced sectional qualifying sites for the 2015 Amateur Four-Ball Championship. One of the host sites for the USGA Amateur Four-Ball Sectional Qualifying will be Desert Forest Golf Club in Carefree, Arizona on March 23. Played over 18 holes, sectional qualifying will be held at 51 golf courses across the United States with the culmination of tournament action to be held at the Olympic Club in San Francisco on May 2-6, 2015.

One of the nation’s most revered and treasured layouts, Desert Forest which celebrated 50 years of incomparable service and dedication to the game of golf in 2012 will stage the prestigious amateur golf tournament on Monday, March 23.

Desert Forest is no stranger to high level amateur golf events having hosted the 1990 U.S. Senior Amateur and 2007 U.S. Women’s Mid-Amateur. “The USGA Four-Ball Sectional Qualifiers are truly one of this country’s finest amateur golf events and all of us at Desert Forest are truly excited to be hosting this most respected and prominent tournament,” said Roger Bacon, general manager of Desert Forest Golf Club. Desert Forest Golf Club has consistently been ranked nationally for its challenging and demanding layout. Pristine and immaculate playing conditions coupled with resiliency and patience makes a round of golf around Desert Forest a memorable experience. The golf course underwent an extensive re-design by golf course architect David Zinkand two years ago. “Pure and simple, Desert Forest Golf Club is all about the game of golf. Red Lawrence crafted a masterpiece back in 1962 and we essentially catered to his early vision and seamlessly accentuated what was already an incredible layout,” said Zinkand.

The U.S. Amateur Four-Ball will consist of 128 two-player teams, each playing their own ball throughout the entire round. A team’s score will be determined using the team’s better-ball score for each hole. After stroke-play competition, the field will then be reduced to the low 32 teams for the match-play portion of the championship.

Celebrating 50 years of unparalleled success in 2012, Desert Forest Golf Club moves forward after an illustrious first half century collecting accolades from Golf Magazine, “50 Greatest Courses in the Last 50 Years,” and “Top 100 Courses in the U.S.”; Golf Digest, “Best 100 Courses in America for 17 Straight Years,” among many other notable awards. And, now an alliance with Troon Golf’s Agronomy department, one of the world’s leading golf marketing and management companies, enables Desert Forest Golf Club to enter its next 50 years with an enviable position and continue to stake its claim as an iconic treasure on the world’s golf landscape. For more information on Desert Forest Golf Club and the 2015 USGA Amateur Four-Ball Sectional Qualifying event on March 23, call (480) 488-4589 or visit www.desertforestgolfclub.com.