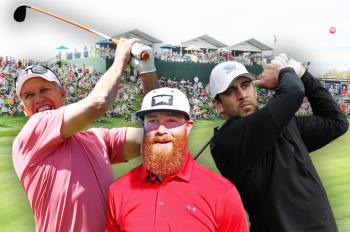 SCOTTSDALE, Ariz. – Two-time NFL MVP Aaron Rodgers, NFL Hall-of-Fame quarterback John Elway and Arizona Diamondbacks pitcher Archie Bradley are among the latest list of star-studded celebrities from the sports and entertainment world who will be playing in the Annexus Pro-Am at the Waste Management Phoenix Open Presented by Ak-Chin Indian Community on Wednesday, Jan. 31, at TPC Scottsdale’s Stadium Course.

The 2018 Waste Management Phoenix Open Presented by Ak-Chin Indian Community will be held at TPC Scottsdale January 29 – February 4, 2018. “The People’s Open” is the best-attended golf tournament in the world and has gained legendary status for being the most unique stop on the PGA TOUR.  The 2018 edition will mark the 83rd playing of the event (one of the five oldest events on the PGA TOUR) and the ninth as the Waste Management Phoenix Open.

The Thunderbirds were founded in 1937 with the mission of promoting the Valley of the Sun through sports. The Thunderbirds consist of 55 “active” members and more than 250 “life” members.  In 2017 The Thunderbirds raised a record $10.1 million for charity from proceeds from last year’s tournament and have eclipsed $122 million in charitable giving since its inception in 1932. For more information on The Thunderbirds,, visit www.thunderbirdscharities.org.