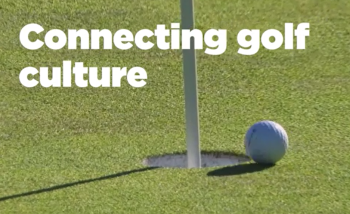 LOS ANGELES and PONTE VEDRA BEACH, Fla., Sept. 12, 2017 -- The PGA TOUR and mitú, the leader in creating mainstream entertainment for young Latinos, today announced a strategic partnership that will look at golf and the PGA TOUR through a Latino lens. The partnership is intended to bring the players, tournaments and fan experiences of the TOUR to a cross-cultural audience in an authentic and relatable way.

The partnership will include content development and distribution, as well as data transparency and insights that will provide the PGA TOUR with unique intelligence about this influential demographic and how it reacts to the stories and experiences of golf and its world class athletes.

The PGA TOUR and mitú will launch their partnership with the debut of "Watcha Golf," a series featuring TOUR members Jon Rahm, Jhonattan Vegas and Camilo Villegas, who will be facing a team of Latino comedians in an unusual challenge where some of the misconceptions and realities of golf will collide.

"We're focused on showing how much fun golf, its stars and events can be to an audience that is seeking new and authentic experiences," said Nelson Silverio, Senior Director of Marketing for the TOUR. "Our mitú partnership gives us the opportunity to show the PGA TOUR and its stars in a voice that is relevant to this audience.

"We're proud to be a strategic partner of the PGA TOUR and to continue to build on the legacy of golf as a historic and beloved sport in America," said Charlie Echeverry, mitú's Chief Revenue Officer. "The PGA TOUR's iconic brand and expertise coupled with mitú's relationship with, and understanding of, Latino youth makes for a special partnership. We look forward to working together to help drive meaningful experiences and insights as the PGA TOUR hands the sport to the next generation of golf enthusiasts," Echeverry added.

As part of the partnership, mitú will leverage its "in-culture" proprietary content creation and optimization method to measure response in real-time and optimize content to maximize engagement and reach with its cross-cultural audience.

Our audience is the 200% - youth who are 100% American and 100% Latino - they inspire us to create authentic, culturally relevant stories. We reach a massive, cross-cultural audience who will soon be the majority of youth in the U.S. Our audience is nearly 100 million people in the U.S. each month. Globally, we drive over 600 million content views and over 100 million video views monthly. mitú is the leader in connecting brands, content platforms, and creators to Latino youth in America. Our investors include Upfront Ventures, WPP, AwesomenessTV, and Verizon Ventures. mitú is headquartered in Downtown Los Angeles and has operations in New York, Chicago, and Bogotá, Colombia. For more information, visit www.wearemitu.com.

The PGA TOUR is the leading global platform in professional golf, showcasing the highest expression of excellence, both on and off the course. The PGA TOUR's mission is to entertain and inspire its fans, deliver substantial value to its partners, create outlets for volunteers to give back, generate significant charitable and economic impact in the communities in which it plays, grow and protect the game of golf and provide financial opportunities for TOUR players.

The PGA TOUR co-sanctions more than 130 tournaments on the PGA TOUR, PGA TOUR Champions, Web.com Tour, PGA TOUR Latinoamérica, Mackenzie Tour-PGA TOUR Canada and PGA TOUR China. Its members represent the world's best players, hailing from 24 countries (89 members are from outside the United States). Worldwide, PGA TOUR tournaments are broadcast to more than 1.1 billion households in 227 countries and territories in 23 languages. Virtually all tournaments are organized as non-profit organizations in order to maximize charitable giving. In 2016, tournaments across all Tours generated a record of more than $166 million for local and national charitable organizations, bringing the all-time total to $2.46 billion.
The PGA TOUR's web site is PGATOUR.COM, the No. 1 site in golf, and the organization is headquartered in Ponte Vedra Beach, Fla.

Tweet
More in this category: « Sangmoon Bae Makes Return to Golf After 2-Year Army Duty Drive Shack Swings Into Another New Market With Golf Entertainment Complex Set to Open in Phoenix »
back to top