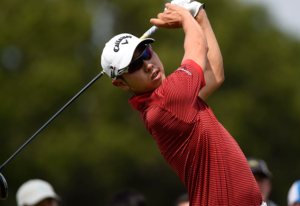 Incheon, South Korea (AP) — Former PGA Tour winner Sangmoon Bae has put his rifle away and replaced it with his golf clubs to play in his professional tournament in more than two years.

Bae, whose last pro tournament was at the 2015 Presidents Cup in his native South Korea, will begin play Thursday in the Donghae Open. He was discharged from compulsory military service in August.

Tweet
More in this category: « Odds of a Hole in One, Albatross and Golf's Other Unlikely Shots PGA Tour Selects mitú as Strategic Content Partner to Reach Latino Youth »
back to top