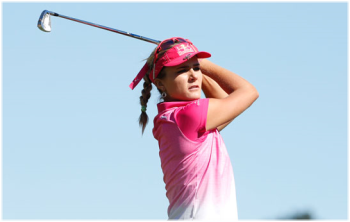 It was only two years ago that Stacy Lewis won the LPGA Tour player of the year and captured the money title. That same year, Lexi Thompson won the Kraft Nabisco at age 19, and Michelle Wie finally broke through with her first major at the U.S. Women's Open at Pinehurst No. 2.

This year, only two Americans have won tournaments — Thompson in Thailand, and Brittany Lang in the U.S. Women's Open. With two tournaments left on the schedule, no Americans will be in the running for the $1 million bonus as part of the Race to the CME Globe.