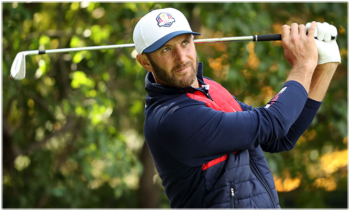 CHASKA, Minn. – Dustin Johnson put the finishing touches on a banner season, earning his first PGA of America Player of the Year Award and the Vardon Trophy. The season-ending awards are presented by the PGA of America for excellence by a PGA TOUR professional.

Johnson, the reigning U.S. Open Champion, collected 90 points this year, while Jason Day finished with 74. Johnson and Day were each three-time winners this season.

Tweet
More in this category: « Arnold Palmer Changed the Game Of Golf and Won the Hearts Of Many adidas Golf and Dustin Johnson Agree to New Long-Term Deal »
back to top