Rory McIlroy Opts Out Of Rio Olympics Over Zika Concerns 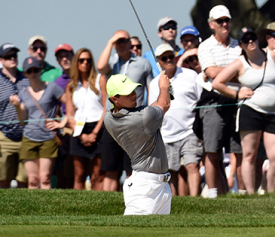 Golfer Rory McIlroy became one of the most high-profile sports stars to opt out of the Rio de Janeiro Olympics because of concerns about the Zika virus, saying Wednesday it is "a risk I am unwilling to take."

"After speaking with those closest to me, I've come to realize that my health and my family's health comes before anything else," the four-time major winner said in a statement released by his management company.

The fourth-ranked McIlroy was scheduled to play for Ireland as golf makes its return to the Olympics for the first time since 1904.

Tweet
More in this category: « Suzy Whaley Back On Familiar Ground at Hartford Women's Open 9 Things to Carry in Your Golf Bag »
back to top