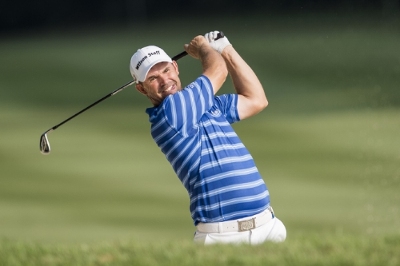 "Padraig is a world class player who consistently exhibits drive and commitment on a truly global level," said Ryan Dotters, CEO of Full Swing Golf. "Harrington has been a key contributor to growing the game internationally and we are thrilled to be working with him," Dotters added.

Harrington has had success on both the European and PGA Tours, with six PGA TOUR victories, including the 2015 Honda Classic, and 17 international wins. He has also been an integral part of the victorious European Ryder Cup Team with a total of 6 appearances. In addition to his global resume, Harrington became the first Irishman to win his national championship in 25 years at the 2007 Irish Open, shortly before claiming the Open Championship at Carnoustie the same year.

"Full Swings Golf technology is an absolute game changer for me and my practice routine," said Harrington. "Golf has changed so much in the past two decades, and with indoor technology making golf more accessible, I'm very pleased to partner with Full Swing and help grow the game around the world."

About Full Swing
Full Swing Golf is a San Diego based company specializing in cutting edge golf simulation technology. The technology features state of the art ball tracking and offers clients 93 Championship Courses. Full Swing Golf, found in over 60 countries worldwide which optimizes the player's experience with its real time environment. The technology can be found in the home of PGA TOUR Player's including Jordan Spieth, Bill Haas, Hunter Mahan, Mark Wilson and Tiger Woods.