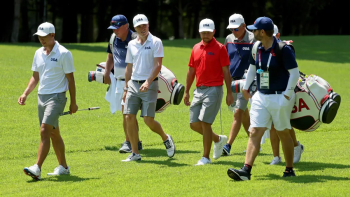 TOKYO – Justin Thomas never questioned whether he wanted to play in the Olympics’ golf competition.

The Games were a goal “as soon as they announced it was in the Olympics,” he said Wednesday in his pre-tournament press conference from Kasumigaseki Country Club.

Thomas has embraced the Olympic experience, or as much as one can in these COVID-19 times. He went to the Olympic Village for a workout and spent time with the U.S. basketball team. He’s proud to be associated with the best athletes in a wide variety of sports. Walking into his hotel room and seeing all the red, white and blue apparel emblazoned brought a smile to his face.

“It might be the coolest thing I’ve ever been a part of,” he said. “There’s not very often where you get so excited about just being part of a tournament.”

Wearing his new clothes doesn’t just bring a sense of pride, however. It serves another purpose.

“If I walk around in my normal clothes, they probably wouldn’t think I’m an athlete playing in the Olympics, just because of my stature,” Thomas said. He joked on Twitter that no one in the Olympic Village was fighting him for the 20-pound dumbbells.

No one will confuse him for a shot putter, but he’s one of the favorites to medal in this week’s men’s competition. The same can be said for the rest of his fellow Americans this week.

The U.S. is the only country that qualified four players for this week’s field. Three of the Americans are in the top five of the Official World Golf Ranking. Calling them the Dream Team may be a bit of a stretch, especially when they’re competing in what is still an individual, and highly unpredictable, sport, but the Americans are the clear favorites this week.

Jon Rahm’s WD after a positive COVID-19 test left the United States with the three highest-ranked players in the field. Collin Morikawa, making his first start since winning his second major, is the highest-ranked player in the field at No. 3. The fourth-ranked Thomas is trying to add a gold medal to the gold statue he won at THE PLAYERS in March. And, while Xander Schauffele has not won on TOUR since 2019, his incredible consistency has him ranked fifth in the world.

Since 2019, Thomas and Schauffele both have 13 top-three finishes in individual stroke-play events on TOUR. That’s three more than anyone else in that span. This week, that would earn them a place on the podium.

The U.S. squad could be even stronger but sixth-ranked Bryson DeChambeau also had to withdraw because of COVID-19. His replacement, Patrick Reed, is one of just a handful of players in the field making a second Olympics appearance. He gladly made the 11th-hour trip from Minnesota, where he played the 3M Open (T34), to Tokyo, saying it was a “duty of mine to go out and play for our country … whenever I get the call.”

Morikawa and Schauffele both have ties to Japan. Schauffele’s mother grew up in Japan and Xander’s grandparents live in Tokyo. His pro debut came on the Japan Tour. Morikawa is half-Japanese.

This week’s venue, Kasumigaseki Country Club’s East Course, reminds the Americans of home, as well. While many courses on this densely-populated island nation are shorter and narrower than American courses, Kasumigaseki is what’s often referred to as a “big ballpark.” The course is more than 7,400 yards long. Combine it with Japan’s emphasis on immaculate conditioning, and players praised this week’s venue.

“You'll see some low scores, for sure, but you could kind of see a big disparity depending upon how the golf course is set up,” Thomas said.

There is a lot of the room off the tee, with no water coming into play and ample space between the tree lines. The main trouble is fairway bunkers that Morikawa called “perfectly placed, at least for me to them right in it.” Thomas said the ball sits down a bit in the sand, making it difficult to make clean contact.

The Zoysia rough and fairways reminds Thomas of East Lake, the annual site of the TOUR Championship, and other courses in the southeastern United States. That grass gives players clean lies in the fairway while providing difficult rough. The bentgrass greens are large, but divided into smaller sections. Slopes can feed good shots closer to the hole or leave players with difficult two-putts if their approach shot is off-line. That plays to Team USA’s strengths.

Morikawa and Thomas are two of the best iron players on TOUR. Morikawa is gaining 1.5 strokes per round with his approach play, on pace to have the best single-season performance in that statistic, which began in 2004, by a player not named Tiger Woods. Thomas led the TOUR in that statistic last year (with Morikawa finishing second).

In other words, their irons could be worth gold this week. 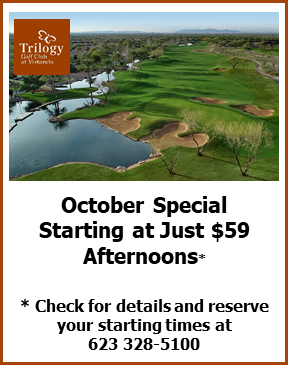